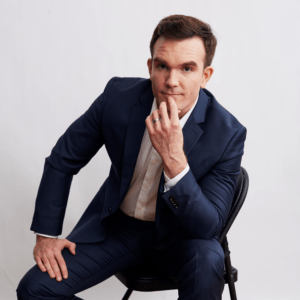 Acts of Omission’s audiobook has gotten rave reviews, in part due to the amazing narrator, Roger Wayne. Roger has narrated close to 200 audiobooks and has received glowing reviews for his work. His audiobook, “The Subtle Art of Not Giving A F*ck,” by Author Mark Manson, received an award for the best audiobook of 2017, in its category of self-development, as the audible editors acknowledged his poignant, down-to-earth, and at times hilarious delivery of the author’s words.

Roger tells us about narrating Acts of Omission:

“As a narrator, when I’m contracted to voice a title that’s considered to be ‘on the longer end’ (14-15 hrs. or so) in length, I tend to go in knowing that no matter how much I try, there are sections of that book that frankly, in my experience, just won’t be as compelling . . . UNLESS it’s in the hands of a skilled writer and not one word is wasted, but is necessary to bring to life even more, a great story. And that’s what James Bostwick did with Acts of Omission.”

He continues saying, “You have this large handful of compelling characters all throughout, on both sides of the story, each one with a unique personality, where the climax ends up in a courtroom drama. As a voice actor, you don’t get much of a better gig than that. Jim made my job easier to where I could find the right voice for these characters immediately; nothing floundered. He had not only built the raft but installed a full bar and large motor to it with a full tank of gas, then pulled me up out of the water to enjoy the ride; all I had to do was start the engine. (That’s what it’s like to narrate the words of a great storyteller.)

Not only that but as the story progressed and getting into the heated exchanges between prosecution and defense, that was a blast. But honestly, the entire experience was enjoyable. I didn’t have to wait until the ending courtroom arguments where the energy is high, to enjoy telling this story. I was excited to get to that point, but building up to it was equally immersive. From voicing Matt’s side and his relationship with those close to him personally and professionally, and his heart-wrenching case, to Salvatore and his associates, I loved it.

I’ve done close to 200 audiobooks, and Acts of Omission is a riveting courtroom saga and wonderful underdog tale, that is one of the best books I’ve had the pleasure of voicing. And the best of its kind that I’ve done. I only hope one day I can watch the film version.”

After serving in South Korea as a Broadcast Journalist in the United States Air Force, Minnesota-native Roger Wayne earned an acting scholarship and graduated with honors from Augsburg College in Minneapolis. He began performing on the stage doing Shakespeare and contemporary plays as a teenager before joining the military, which led to the beginning of his career in the Twin Cities, performing in several stage productions, short films, and commercials, and studying acting at the prestigious Guthrie Theater. In 2012, Wayne moved to New York City, where he now resides, working in Film, TV, Theater, & Voice, which in particular has been a tremendous staple in his career, as voice work has been a passion of his for over 20 years. That passion led to roles on stage, and eventually the world of film.

Click to purchase the Acts of Omission audiobook at Audible by Amazon or from your local bookstore on Libro.fm.